In managed care (from Gibson and Ivy 2013 unless otherwise noted)

Parasites and disease (from Junge and Sauther 2006 unless otherwise noted) 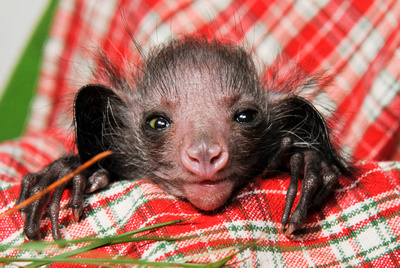 Infant aye-ayes weigh less than 1/3 lb at birth. They have big, green eyes and floppy ears; their sparse hair is much like that of an adult.