What sounds does a baby aye-aye make?

Join our San Diego Zoo primate keepers to find out! 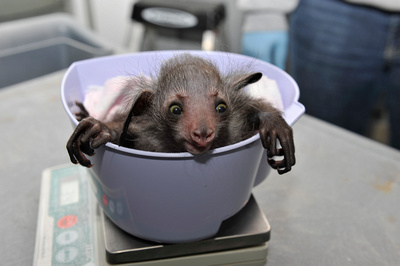 Prior to 1992, there were few opportunities for individuals in managed care to breed.

Efforts to propagate aye-aye by Duke Primate Center (now Duke Lemur Center) have resulted in a healthy North American managed care population consisting of over 30 individuals, all of which are descendants of 6 wild caught founders. Efforts by Duke and a select group of AZA institutions help guard against extinction.