Portrait of an Aye-aye 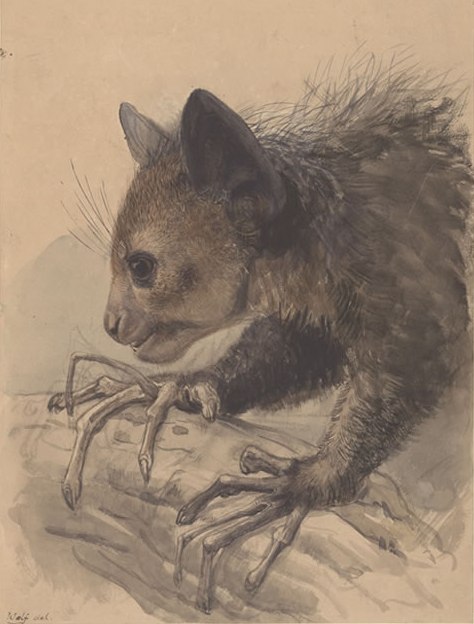 The Aye-aye. Illustration by Joseph Wolf, in: Owen, R. (1863) Monograph on the Aye-aye (Chiromys madagascarensis, Cuvier). Taylor and Francis : London. 72pp. Originally believed to be a rodent, the aye-aye has intrigued scientists since it was first described in 1788. Confusion stemmed from its large, chisel-like incisors which grow continuously. It was 12 years before examination of skeletal features led to a proposed reclassification as a primate.