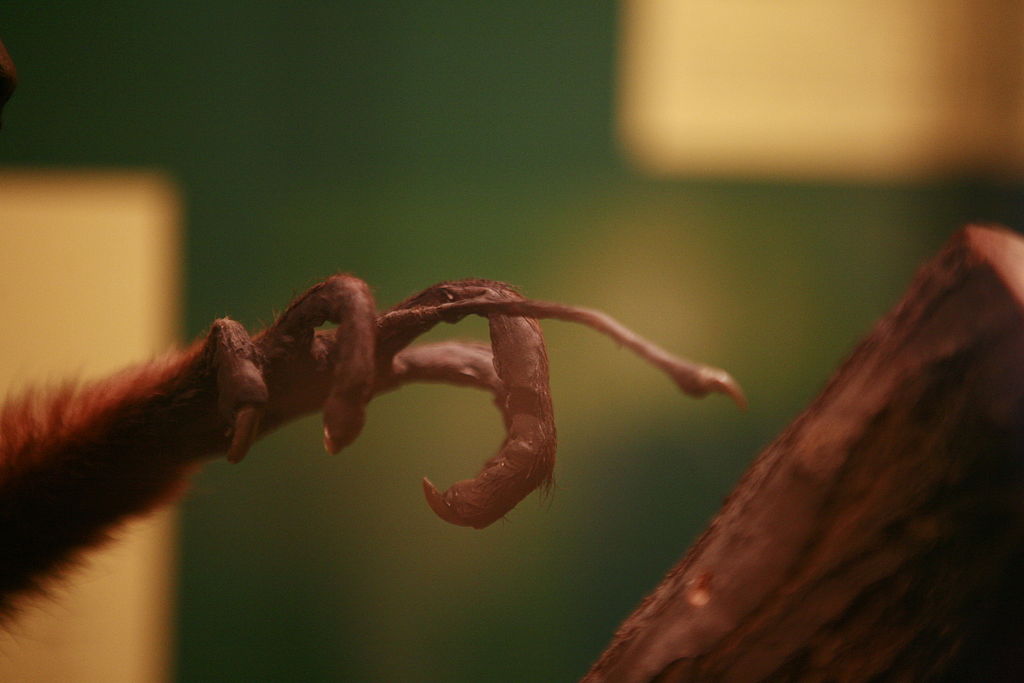 Specialized fingers on the aye-aye's forefeet are used to forage for and secure food. This slender, elongate third digit is tapped against tree bark in percussive foraging. Aye-ayes listen to the echoed sound to identify the location of subsurface grubs. The finger is then used to fish out the meal through a small, chewed hole.