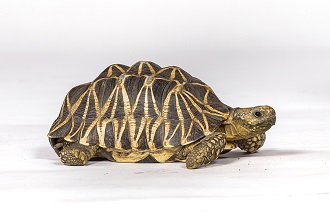 These tortoises are named for the star-shaped pattern on their shell, which camouflages them under grasses. 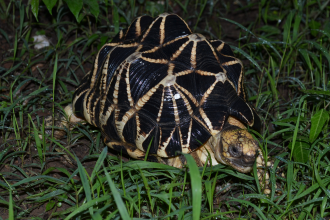 The shell coloration of Burmese Star Tortoises varies from light brown to black.