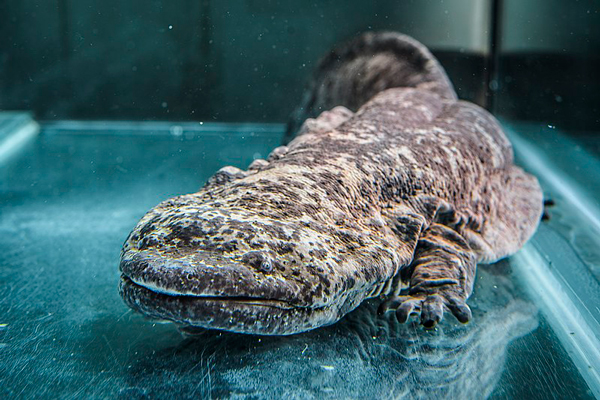 Many thanks to Benjamin Tapley for providing expert content review of this fact sheet.

Mr. Tapley is part of the research team at ZSL that is spearheading efforts to protect Chinese giant salamanders in the wild, and to develop best practices for husbandry and breeding of these salamanders in managed care.

Thank you to Dr. Samuel Turvey (Senior Research Fellow, Institute of Zoology, Zoological Society of London) for reviewing the Taxonomy and Population Status sections of this fact sheet.

Thank you to Rachelrose Schneider for sharing her knowledge of giant salamander husbandry for the Managed Care section of this fact sheet.

Ms. Schneider is the primary keeper of Chinese giant salamanders at the San Diego Zoo. She has worked in animal husbandry with San Diego Zoo Wildlife Alliance for 5 years. Her passion for amphibians and reptiles was first sparked while interning for the Zoo’s Reptiles department in 2014.

In providing care to Chinese giant salamanders, she most enjoys observing their feeding behavior and other uncommon behaviors, such as jaw stretching.