Protection from hunting and trade

Abundant in Aquaculture, Nearly Extinct in the Wild 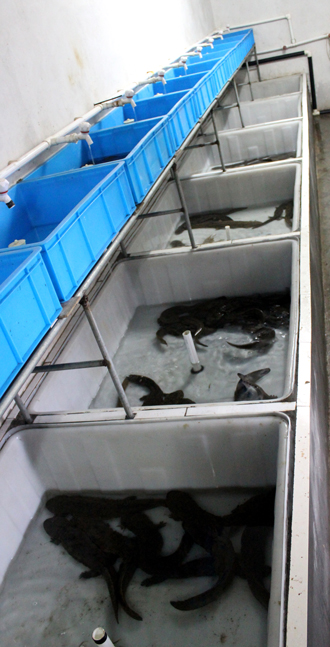 Giant salamanders are raised and bred in China for the luxury food market and use in Traditional Chinese Medicine.

Image credit: © Benjamin Tapley/Zoological Society of London. All rights reserved. Used with permission from the artist.