Life on the River Floor 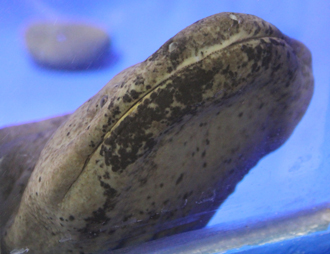 As an ambush predator, a giant salamander's broad head and jaws help it suck prey into its enormous mouth.