Movements in the wild 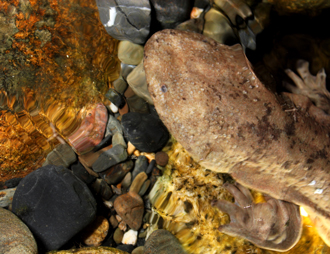 To move upstream, they grip and push against rocks with their feet, along with thrusts of their paddle-like tail.

Image credit: © Benjamin Tapley/Zoological Society of London. All rights reserved. Used with permission from the artist.