Affiliative behaviors (from Richard and Heimbuch 1975 unless otherwise noted)

Play (from Richard and Heimbuch 1975)

Hop and bound (from Petter 1962 unless otherwise noted) 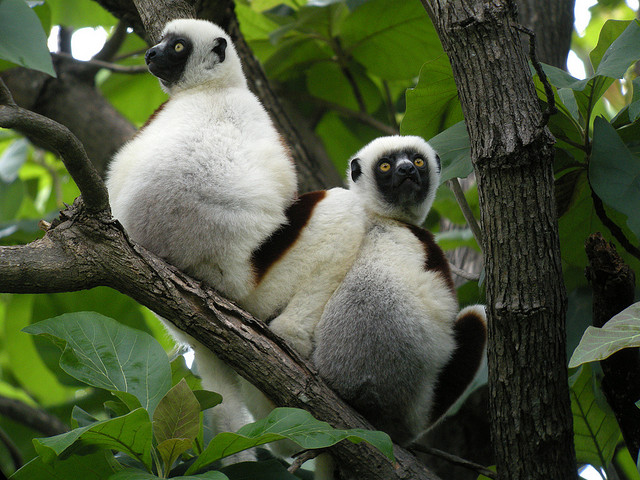 Mixed gender groups associate throughout the day and night.

Numbers range from 3 to 10 individuals. 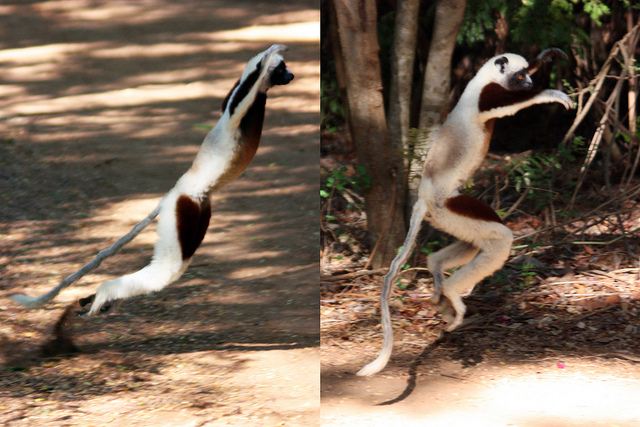 Sifakas do not walk; instead, they hop along the forest floor.

Powerful legs are capable of propelling an individual over 10 feet in a single bound.