Uncommonly forage on the ground (Richard 1978) 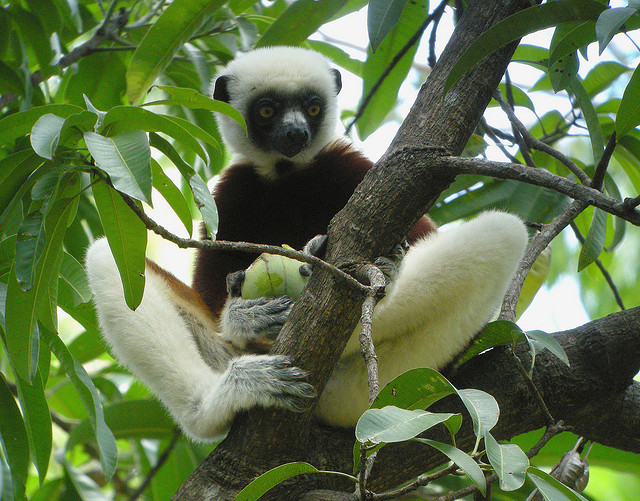 Most foods are consumed where they are found.

Sifaka often sit on or dangle from tree branches while having a meal.