Interval between births (from (Richard et al. 2000 unless otherwise noted) 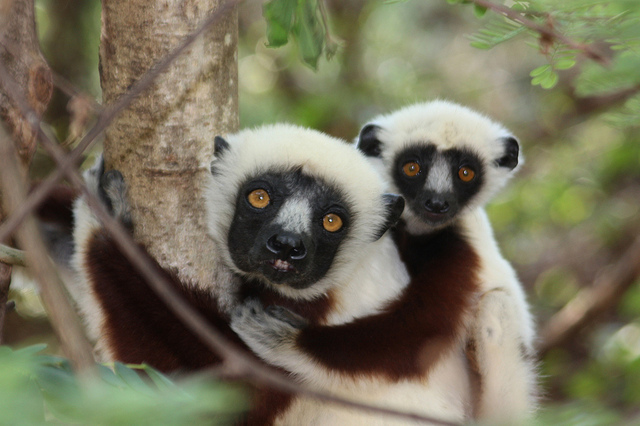 Within c. 4 months of birth, an infant can be seen riding on its mother's back or that of other group members.

It must cling tightly while the adult leaps through the forest canopy. At c. 3.5 months it is ready to travel on its own and leap distances of over 1.5 feet.