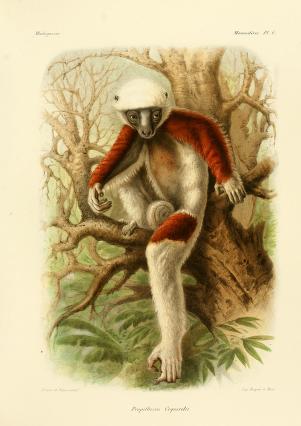 Many depictions of Coquerel's sifaka have appeared in natural history texts since the late 1800s.

The first written description of Propithecus (likely P. verreauxi) was made by Ettienne de Flacourt, who spent nearly two decades (1648-1665) at Fort-Dauphin, Madagascar.