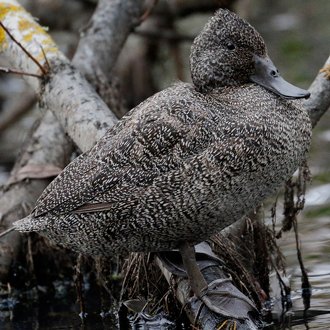 The Freckled Duck is the rarest duck in Australia.

The main threats to the Freckled Duck are the loss of freshwater habitat, and illegal and accidental hunting.