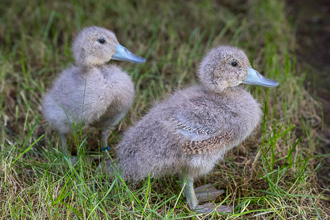 Freckled Duck hatchlings have a uniform light gray-brown color, unlike the strong contrasting patterns of other duck young.

Siblings may stay together after fledging, which occurs at about 7 to 9 weeks of age. 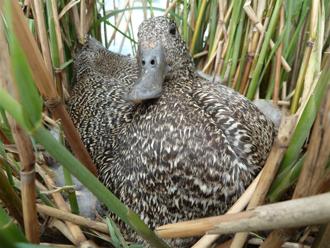 The Freckled Duck constructs a bowl-shaped nest made of plants and feather down.

Often built among reeds, tall vegetation around the nest creates a "screen" so incubating females are not easily seen by predators.