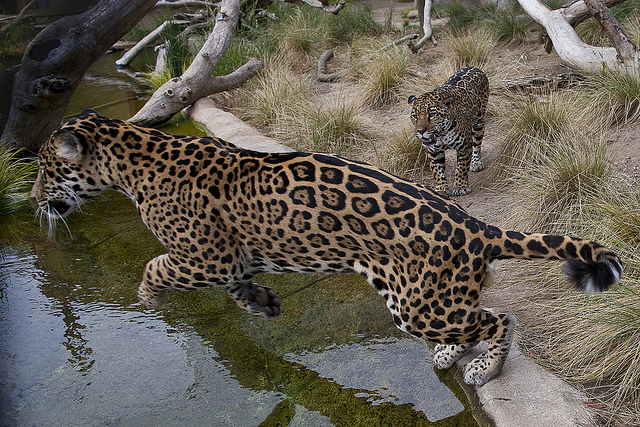 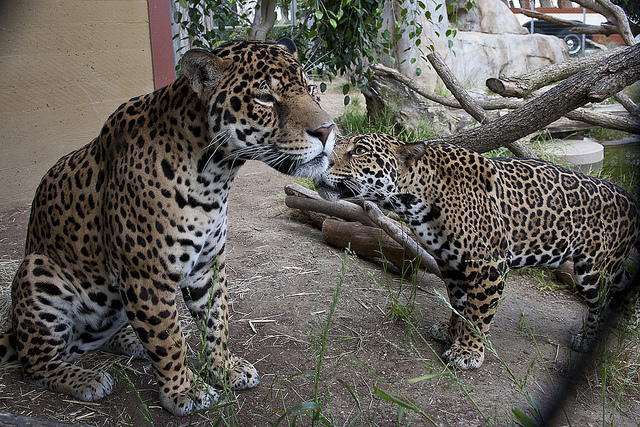 Jaguars reach sexual maturity by age 4. Pictured above are Guapo, a male, and Nindiri, a female, at ages 5 and 3 respectively. Though jaguars are typically solitary animals, the male and female form temporary associations when ready to mate. They travel and feed together until after completing several rounds of copulation. Following mating, the male leaves the female to care for any resulting offspring. Cubs may stay with their mother until they reach 18 months of age.