Disjunct distribution (isolated pockets) across range
At time of European contact in early 1800s, koalas occupied up to six islands off eastern and southeastern coastlines (Jackson 2007)
Introduced onto at least 20 islands since 1870s, including one in Tasmania (Jackson 2007)

Koala habitat use probably regulated by: 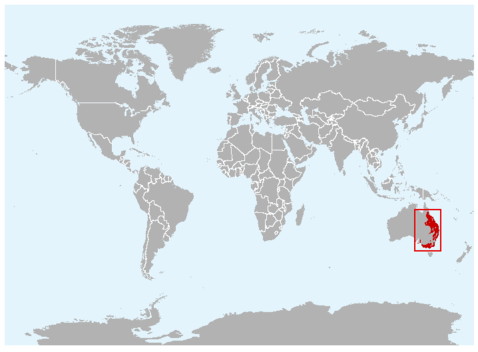