Diurnal (from Klingel 2013 unless otherwise noted)

Aggression (from Klingel 2013 unless otherwise noted)

Play (from Waring 1983 unless otherwise noted)

Vocalization (from Klingel 2013 unless otherwise noted)

Swim to cross rivers and streams 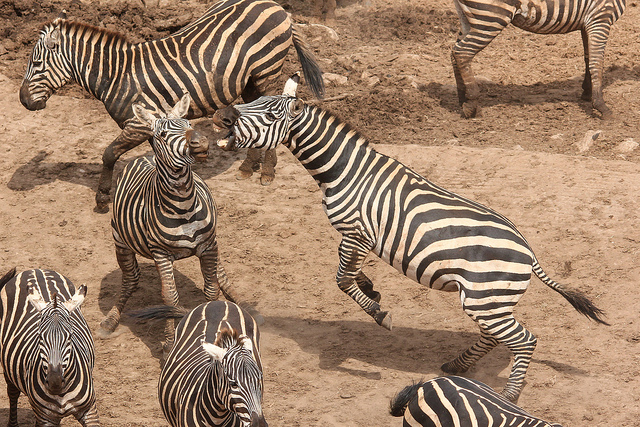 Aggressive displays are similar to those observed in the domestic horses. Individuals strike out with hooves, neck wrestle, bite and chase their opponents. 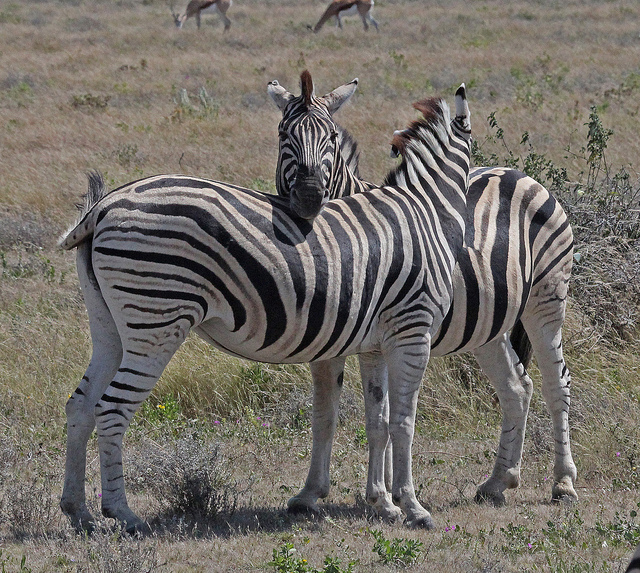 Plains zebra are highly social animals that live in small family units that maintain contact with one another even when mixing into larger herds of ungulates containing several thousand individuals. Close family bonds are maintained through social grooming, close standing, and greeting ceremonies. This picture, taken in Namibia, shows group-mates as they rest their heads on one another's back.