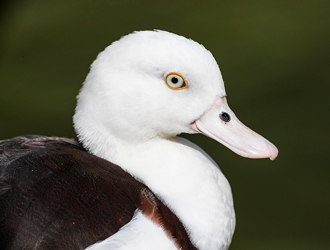 The Radjah Shelduck is easily identified by its white head, and pink bill and feet.

At close distance, the white to yellow eye is also distinctive for adults. 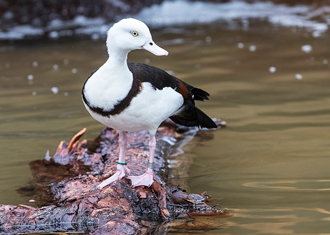 The Radjah Shelduck has a narrow band of dark feathers across its chest.