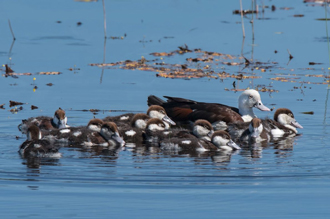 Both parents care for and defend their young until fledging.