Aggressive displays (from East and Hofer 2001 unless otherwise noted)

Submissive displays (from East and Hofer 2001)

Long distance call, the whoop (from East and Hofer 1991b unless otherwise noted)

Kleptoparasitism and competition for carrion 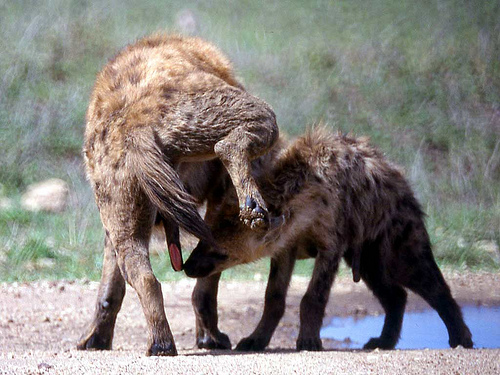 Spotted hyena live in socially structured clans of between 8 and 80 individuals. They spend much of their time apart. Greeting ceremonies, such as this one, act to solidify social bonds between all clan members, young and old alike.