Common causes of mortality (from Kruuk 1972) 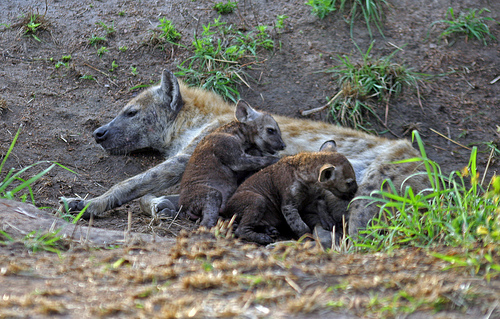 Pups with mom. Spotted hyenas are born with eyes open, dark hair, and a full set of teeth. They spend nearly a full year at their den site, nursed solely by their mother before heading out with clan members to forage.