Most social interaction occurs inside nest

Competition with other gliders

Use of tree hollows

Nest usage by other animals

A Taste for Something Sweet 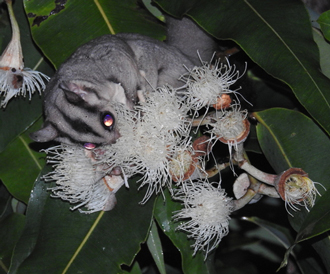 Sugar gliders are thought to be important pollinators of native Australian flowering plants.