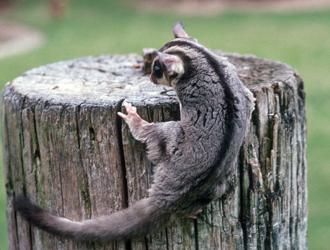 In managed care, sugar gliders need trees for climbing and space for gliding.