Ankles for Climbing and Gliding 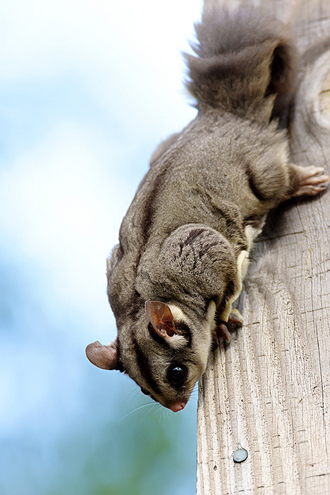 Because its hindfeet rotate 180°, the sugar glider can easily climb down trees and land after long glides.

Also note in this photo how the skin that extends from the sugar glider's wrists to its ankles folds along the animal's sides when not gliding.