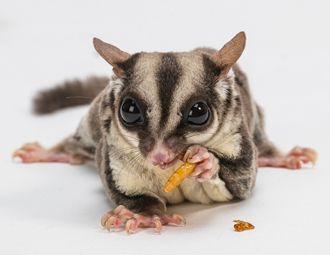 A sugar glider crushes a mealworm in its molars.

Nutritionally, obtaining protein may be particularly important for breeding females.