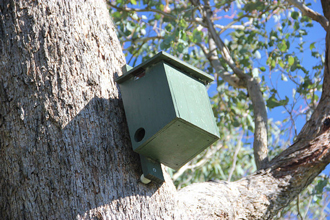 Sugar gliders depend on tree hollows for nesting and breeding.

Nest boxes, as seen here, are used in Australia to connect habitat areas fragmented by wildfires.