Choose one of the two rainy seasons each year for breeding

Females consider the family structure of a potential mate when choosing a partner.

Courtship interactions occur at the roosting colony and on the feeding territory.

Courtship is lengthy - often 6 to 8 weeks

At the start of courtship both birds are excluded by their families; as they form a pair-bond, the female usually becomes accepted into the male's family group.

After mating, males spend most of day guarding female from other males.

Aside from flooding and cliff collapse deaths, 48% of nestlings die of starvation.

Predation on eggs and young only a minor cause of mortality

Collapse of undercut cliff faces along a river are common; often considerable or total loss of colony's eggs and young.

Cliff faces may be flooded with rising river waters, resulting in a loss of eggs and young. 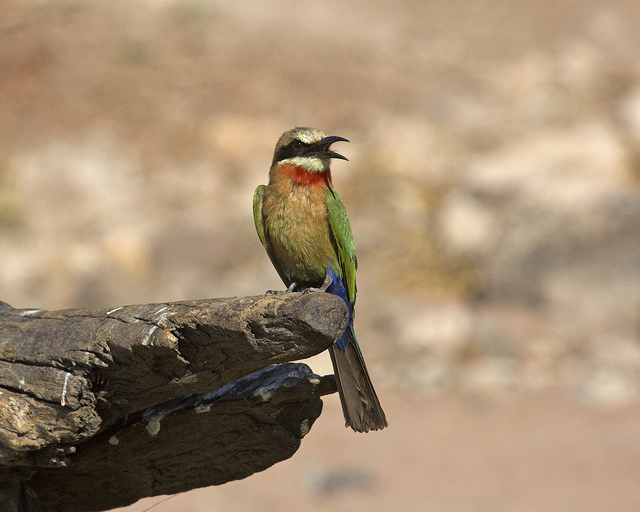