Several taxonomic solutions for higher level classification above the level of family for these birds:

The bee-eaters are most closely related to kingfishers, rollers, motmots, and todies. (Hackett et al 2008)

The Carmine Bee-eater subspecies are sometimes given separate species status but given that they are identical in voice, ecology, breeding and migratory habits, Fry (2001) considers their slight plumage and morphology differences better suited for subspecies designation.

Bee-eater-like birds, along with their close relatives, kingfisher-like, and roller-like birds lived in France some 40 million years ago (Eocene). (Fry 2001)

The Blue-bearded Bee-eater (Nyctyornis athertoni) of Asia is believed to be the sister taxon (or closest relative) of all other bee-eaters (Marks et al 2007). 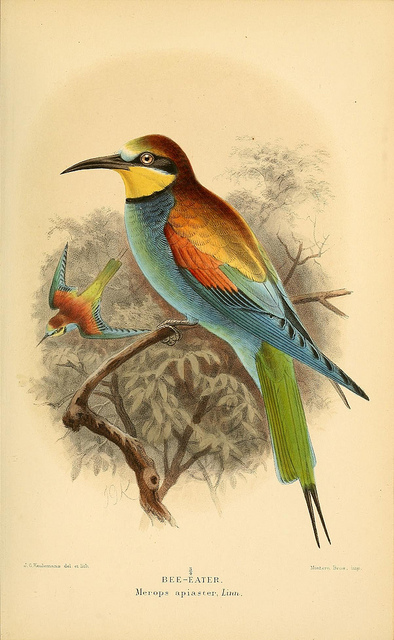