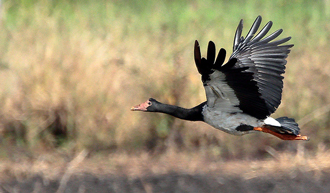 Breeding groups fly between roosts and feeding areas each day.

Groups are attracted to larger groups on the ground or in flight.