Note: Range for female wingspan slightly wider in Carboneras and Kirwan (2017) than Frith (1967). 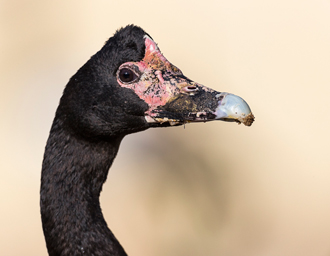 The characteristic head protuberance and robust bill of the Magpie Goose.

Magpie Geese use their bill to dig for food in mud and dry, hard ground.