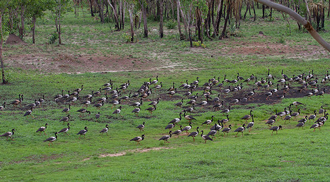 This species is protected by the Australian Government but is legally hunted in the Northern Territory.

Population sizes can change substantially from year to year, so surveys are conducted frequently to prevent overhunting.