Events in the week after hatching 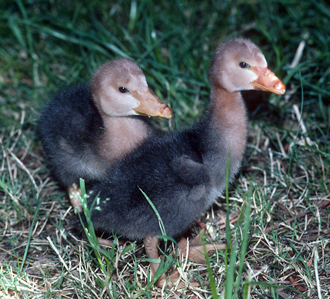 Hatchlings have a cinnamon-colored head and neck, which fades to yellowish-gray within a week.

Goslings mainly feed on seeds. Parents supplement food near the nest for up to six weeks.