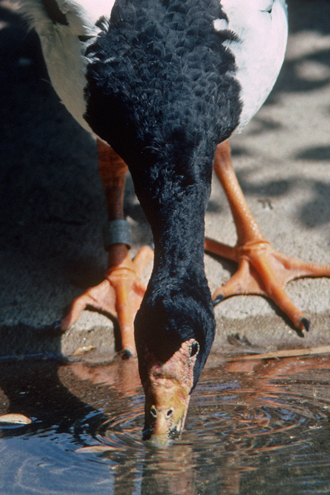 Magpie Geese forage in water for submerged vegetation and the corms of water chestnuts.

Magpie Geese commonly submerge their head, neck, and forebody, but do not dive.