Play (from Habibi 1994 unless otherwise noted) 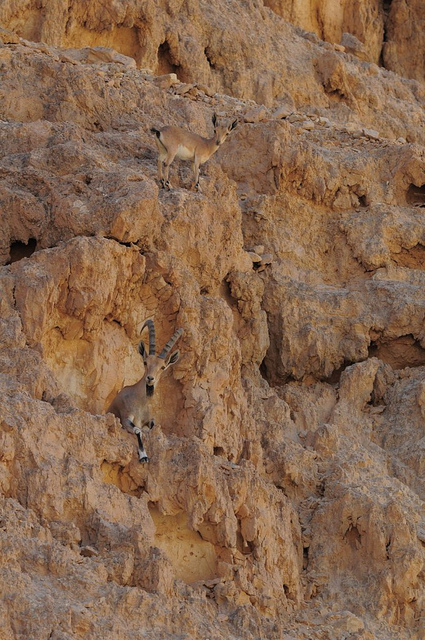 Groups descend steep cliff faces in the morning to feed in the canyon bottom. Adults and young agilely climb sheer rock faces to retire at night or to flee danger.