Home range size (from summary by Wyatt 1993 unless otherwise noted)

Solitary except during mating season (Nowak 1999) 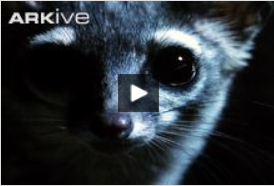 Ringtails rely on speed and agility to hunt at night.

Click on image for video. © From ARKive. Some rights reserved.