Often hunt at night (Wilson and Mittermeier 2009, except as noted)

Food competitors (Schaller 1972, except as noted) 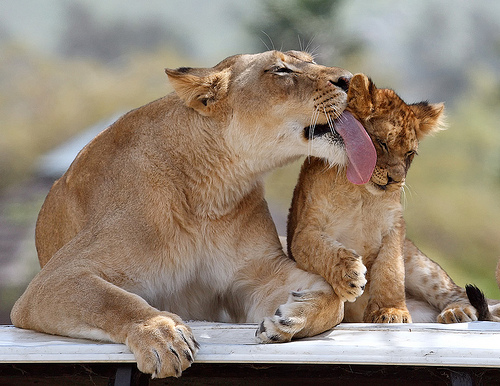 Here, a lion cub is licked by her mother. 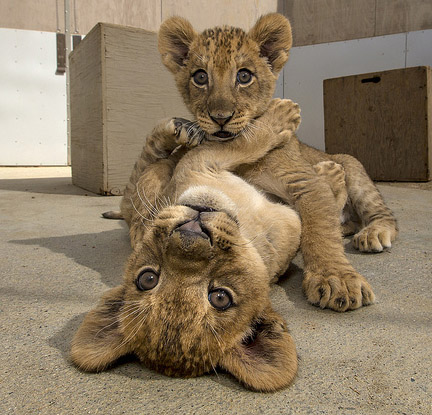 This play behavior, called "wrestling," is commonly observed in cubs 2 to 6 months old.

Cubs bound, chase, and wrestle for extended periods. They also play with objects, such as sticks and tufts of grass.