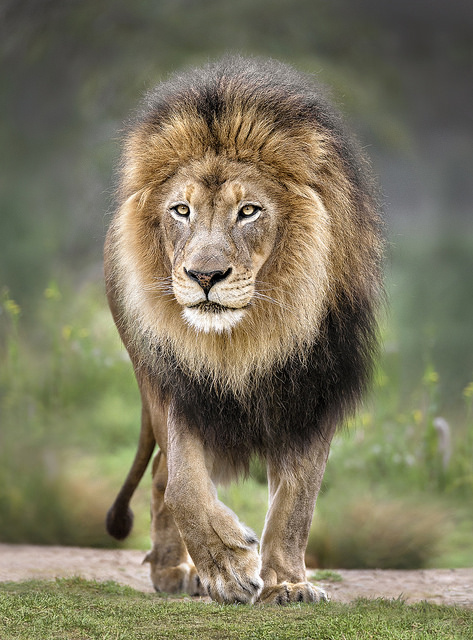 The male lion's mane is seen by many as a symbol of strength and power.