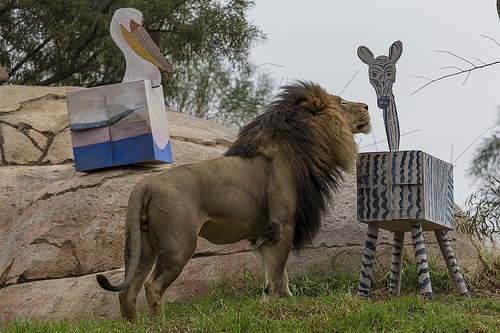 Zebra, water buffalo, antelopes, and other medium- to large-sized ungulates are important prey for lions.

Above, Izu the Lion investigates a cardboard zebra (scented with real zebra odors) that was made by San Diego Zoo volunteers for enrichment.