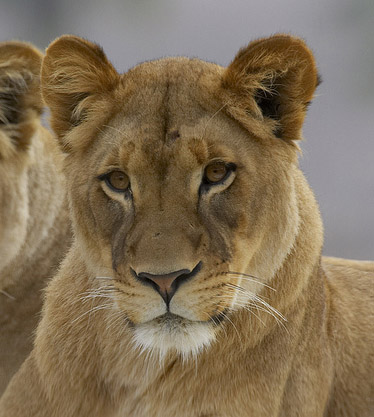 The lion's round head, amber colored eyes, and short, tawny coat make it one of the most recognizable cats.

Note how the white whiskers grow in straight, parallel rows. 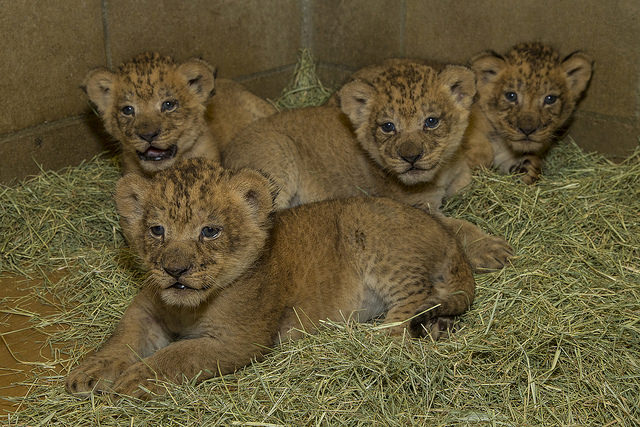 Lion cubs are born with spots, which they gradually lose into adulthood.