Data on body measurements from Tables 20 and 22 in Chapter 5 of O'Gara and Yoakum (2004). Values reported are means from study populations across western North America.

Adaptations for long-distance running and endurance

What's in a Name? 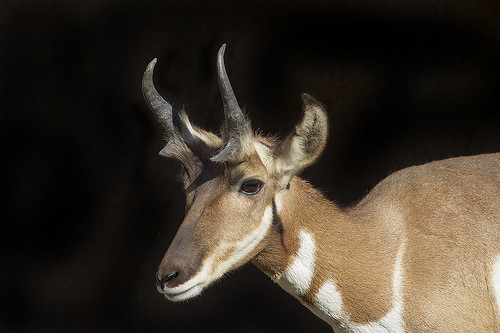 Pronghorn have forked or branching horns, with a forward-pointing tine, setting them apart from antelopes and bovids (cattle, sheep, buffalo, etc.).

The only suriviving member of Antilocapridae, they are unique in the animal world. 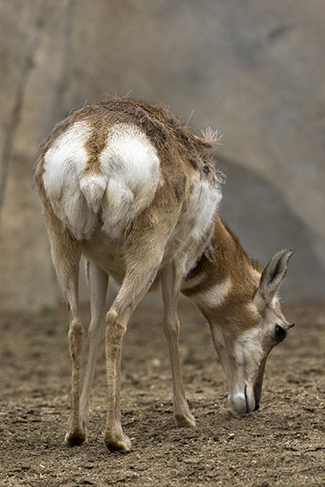 This female has small horns compared to the male pictured above.