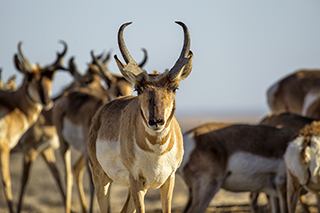 Pronghorn have made a remarkable recovery since their populations were reduced by 99% in the latter part of the 19th century.

Today, their numbers are stable, except possibly in Mexico and other areas where illegal hunting poses a threat to certain populations.