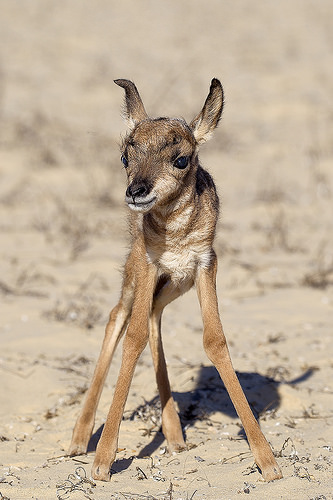 Female pronghorn usually give birth to twins, but subordinate females sometimes have one fawn.